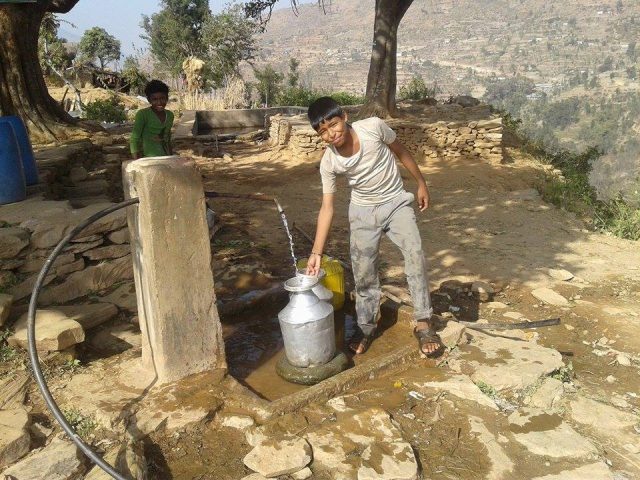 NJSI is continuously responding to the needs of the people in earthquake affected area. As the water resources had dried up in Rakathum village, people had to walk for two hours to fetch drinking water from the river. NJSI took up the task of supplying water to the village from the water resource which was available, far from the village. The work of fixing 5 km drinking water pipe line was started in the month of June 2016, but it could not complete since the water pipe line was going through the fields and the fields were full of seasonal crops. As the crops were harvested, NJSI could begin the work of fixing water pipe line and it got completed on 18th December 2016.

The water is now supplied through the pipe line and the people have safe drinking water in the village itself. They don’t have to go far distance to fetch the drinking water. People are very happy and grateful as they get water in their village.