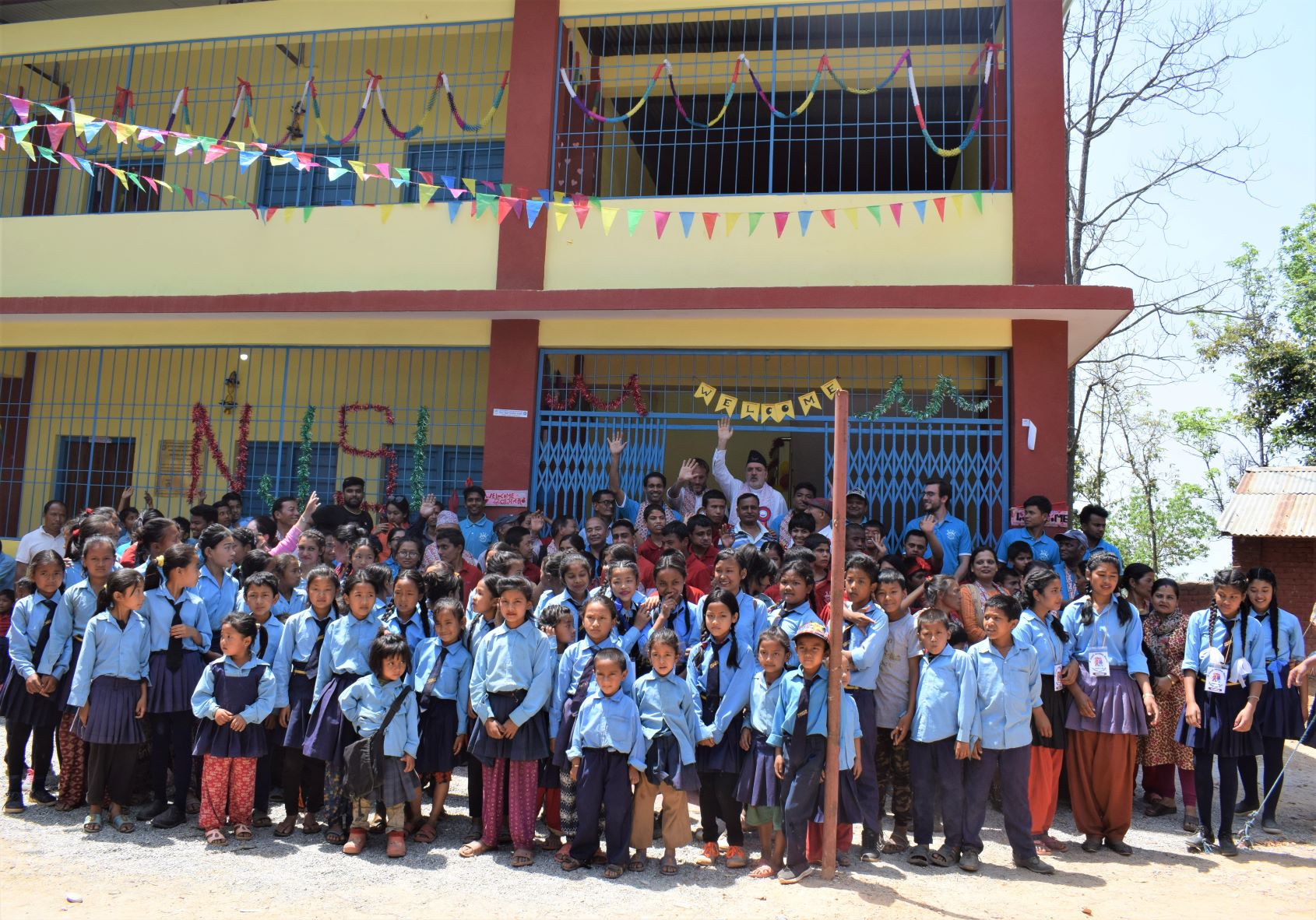 His Holiness Pope Francis once shared that “People with disabilities are a gift for the family and an opportunity to grow in love, mutual aid and unity”. People with disabilities, also referred as people with special needs is an umbrella term used in clinical diagnostic and functional development to describe individuals who require assistance for disabilities that may be medical, mental, or psychological. Walking on the path of Pope’s wise words, Nepal Jesuit Social Institute has been supporting 20 children with special needs of Sustha Manisthiti Purnasthapana Kendra which is located at Karelthok-4, Kavre from the beginning of its establishment. From building fence, providing nutritious food and conducting medical interventions every 2 or 3 months, NJSI has now built an Activity center at Shree Bhagwati Secondary School with an aim to help develop the children, both personally and academically. 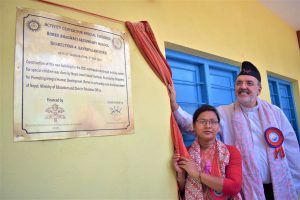 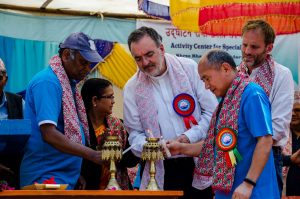 The special occasion of Inauguration of the Activity Center, built with the blessings and financial support from Dicastery for Promoting Integral Human Development, of which Pope Francis is a founder of, was held on 2nd May 2019. We were blessed with the presence of Reverend Monsignor Segundo Tejado Muñoz, Undersecretary of the Dicastery for Promoting Integral Human Development who flew from Rome especially to attend this program. The ceremony started with National Anthem and lighting of the lamp by esteemed guests including Mr. Beppe Pedron, South Asia Regional Coordinator of Caritas Italy; Fr. Silas Bogati, Director of Caritas Nepal; Fr. Amrit Rai S.J, Regional Superior; Mr. Shivaraj Naral, Principal of the School and Ms. Sudha Silwal, resource teacher of the center. It was then followed by prayer song by the school students, official welcoming the guest and speeches. Highlight of the program was the message from Pope Francis which was delivered by Reverend Monsignor Segundo. He sent us greetings and blessings appreciating NJSI for its tremendous work of helping people in need. Ribbon cutting ceremony was done by the Chief Guest and the other guests. A plaque placed inside the gate was unveiled by the Chief Guest along with Ms. Laxmi Danuwar, Vice Mayor of Panchkhal Municipality continued right after the key of the building was handed over to the School principal and Sudha Maam. Fr. Silas blessed the new building and wished for its successful operation. Everyone in the audience then had an opportunity to have a quick look of the newly constructed and well-furnished building. The formality of the program was kept intact with Social audit. 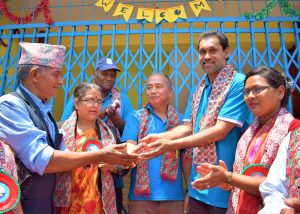 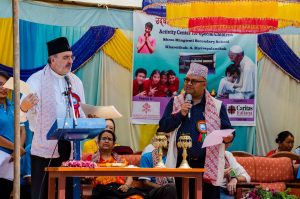 One of the most significant performance during the program was a special dance by children with special needs of Sustha Manisthiti Purnasthapana Kendra, who were enjoying their own performance while also managing to add a grin on the face of their audience. The school management committee and the members of the center expressed their gratitude towards everyone involved in the project and provided them with appreciation certificates which also marked the end of the program. 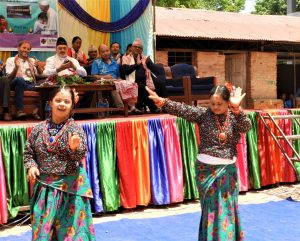 An audience of almost 300 people were overjoyed with the addition of a new Activity Center in their locality. The beneficiaries felt privileged and were happy to get the opportunity to learn and grow in activity center. The local people of the area and the parents of the beneficiaries also showed gratefulness and gratitude towards NJSI for all their contribution till date .It was one of the remarkable event for NJSI as everyone was visibly satisfied and happy with the management as well as the center. But amongst them all, Ms. Sudha Silwal, resource teacher and caretaker of the special children and the children themselves were overwhelmed with the activity center. She looks forward to continuing their education, which had come to a halt after the 2015 Earthquake destroyed the building they previously conducted their class in. Additionally, she is assured that the facilities in cognitive development class, digital infrastructures and sports materials will strengthen children’s capacity in days to come.