Tipling, a village surrounded by hills and mountains which offers panoramic view of Mt. Ganesh Himal lies in the northwest of Kathmandu in Ruby Rural Municipality, Dhading. Government had built a road from Syaprubesi to only upto Somdang in Rasuwa-Dhading border back in 1987 and after that there were only walking trails which was of less/no use after 2015 earthquake. Overall development was at halt due to lack of road connectivity. 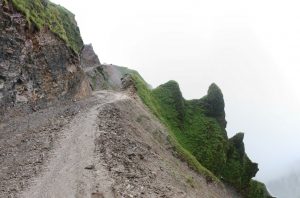 After discovering mesmerizing landscape of Tipling, Nepal Jesuit Social Institute took the challenge to up-build the life of people by constructing a 27km road going through the most difficult terrain of steep and rocky hill sides from Somdang to Kami gau, Tipling. Two years of hardship finally turned into fruitful outcome and locals had breathe a sigh of relief on 13th of July 2019 when road was inaugurated and handed over to them. A very precise handover ceremony of the road was conducted at Tipling itself in the presence of chairman of Ruby valley Rural Municipality ward no. 1 and 2. The program lasted for one hour. Both of the chairman appreciated the work of NJSI on behalf of the villagers. They seem very happy to see their hopes and dreams getting fulfilled soon through road. Around 62 villagers were present in the program. Reverend Bishop Paul Simick, NJS Superior, Fr. Amrit Rai, chairman of Ruby valley Rural Municipality ward no.1, Min Ghale inaugurated the road officially through cutting the ribbon. After the ribbon cutting ceremony “Social Audit” was presented. All the details of the project were recited in a chronological order such as who were involved, who contributed it, the donor, the starting date, ending date, the challenges faced during the implementation phase and named the road as “Xavier Marg”. All the expenses of this road construction is carried by “Xavier Network”. 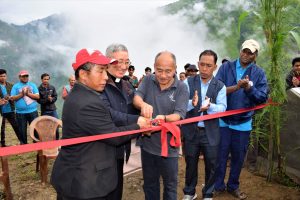 In such ecstatic moment of completion, NJSI conducted a felicitation Program on 20th July back at NJSI office where all the communities of Kathmandu Valley were invited. In the program, Fr Roy, Director of NJSI presented a short video on the construction of the road. Along with that he shared the experiences on behalf of NJSI team, the challenges faced during the implementation phase. Keeping the main motive of the program, Fr. Roy honored 9 distinguished people who had contributed immensely to accomplish the road, namely, JCB operator Pradip Basnet, his helper Loa Tamang, Falam Tamang and Shiva Subedi. In site clearance, Man Bahadur Tamang and Kho Bahadur Tamang. Kailash Thapa and Dipendra Tamang as a transport coordinator and lastly Grace Ghale who gave a helping hand in his internship program in NJSI. Along with them NJSI supported with token of love to other staff members who had contributed in their own stipulations. Some Government officials were also present in the program, Former Local Development Officer (LDO) of Dhadhing, Bhagone Aryal. Now, he is a Chief Administrative officer at Hetauda Sub- Metro politician city. Vice chairman of Ruby Valley, Beena Ghale, Chairman of Ruby Valley Rural Municipality ward no.1, Min Ghale, and Manager of MAW Earth Movers Pvt.Ltd (JCB), Yam Gurung.

Now with the completion of Xavier Marg, locals of Tipling have assorted opportunities to multiply their progress. They have started to perceive an explicit juncture in each one’s life. 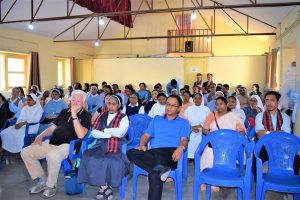 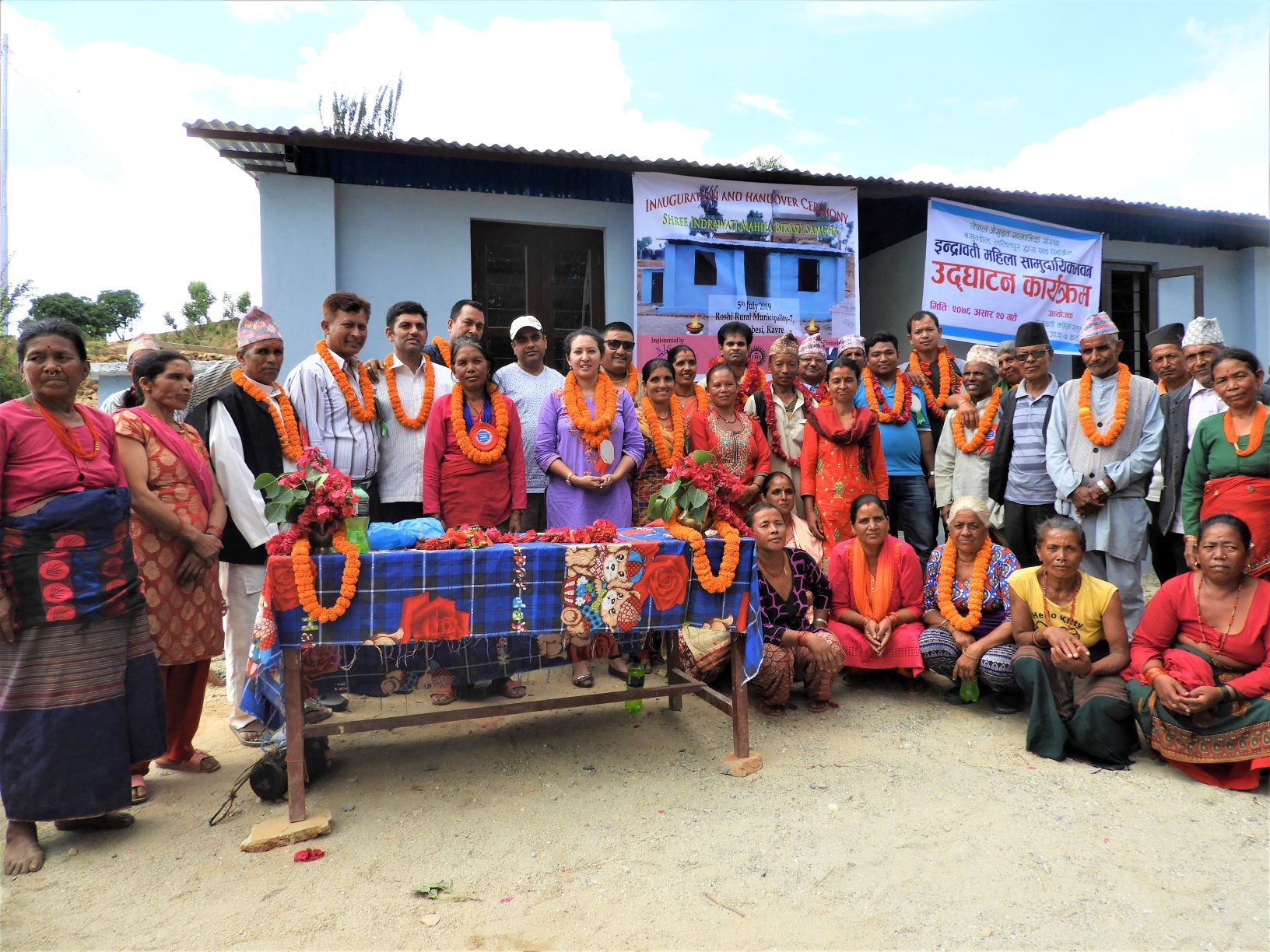 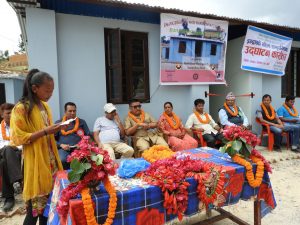 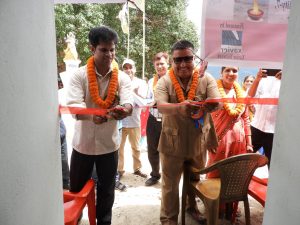 Computer education is a knowledge and ability to use computers and technology efficiently. Especially in today’s academic and professional environment, every companies and organizations are highly dependent on computers and want their employees to have decent computer skills. Since computer skills are integral to all areas of study and work, Nepal Jesuit Social Institute is trying to enhance the skills of young and competitive people who are economically backward to acquire the skills themselves.

From 24th of March 2019, first batch of 3 months computer training was started in NJSI office. The training was initially designed to help minimum of 15 students with Computer, spoken English and Office management skills. In order to collect students, social organization were contacted and we were successful to get 12 students but many of them left in the middle of the training. They had so many personal issues and were unable to manage time accordingly due to which they were irregular. 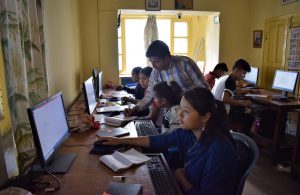 The training included basic as well as advance computer courses like Fast typing skills, Microsoft office, Photoshop, InDesign and Premiere pro. They also received classes on Office management and importance of Communication from Indian volunteers. At last only 4 of them appeared on the qualifying exam which was held at the end of the course on 28th June 2019. The students passed both objective as well as practical test with flying colors, in virtue of which the certificate was awarded to each of them. To celebrate this occasion, NJSI organized a small graduation ceremony on 1st of July in which the students were appreciated for successfully completing the course. 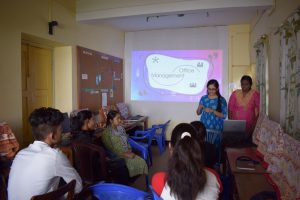 NJSI believes quality matters more than quantity and hence it was proved by the graduating students who were satisfied by the courses provided to them. They were happy and thankful toward NJSI for providing them opportunity to grow as a competing candidate for their future.

We acknowledge your desire to excel this technological world and thus want you to be a part of it. As an aspiring organization, we the NJSI team encourage you to get connected with us and at the same time improve your computer skills. We are looking forward next batch to start soon so, if you are willing to join, please feel free to contact us. 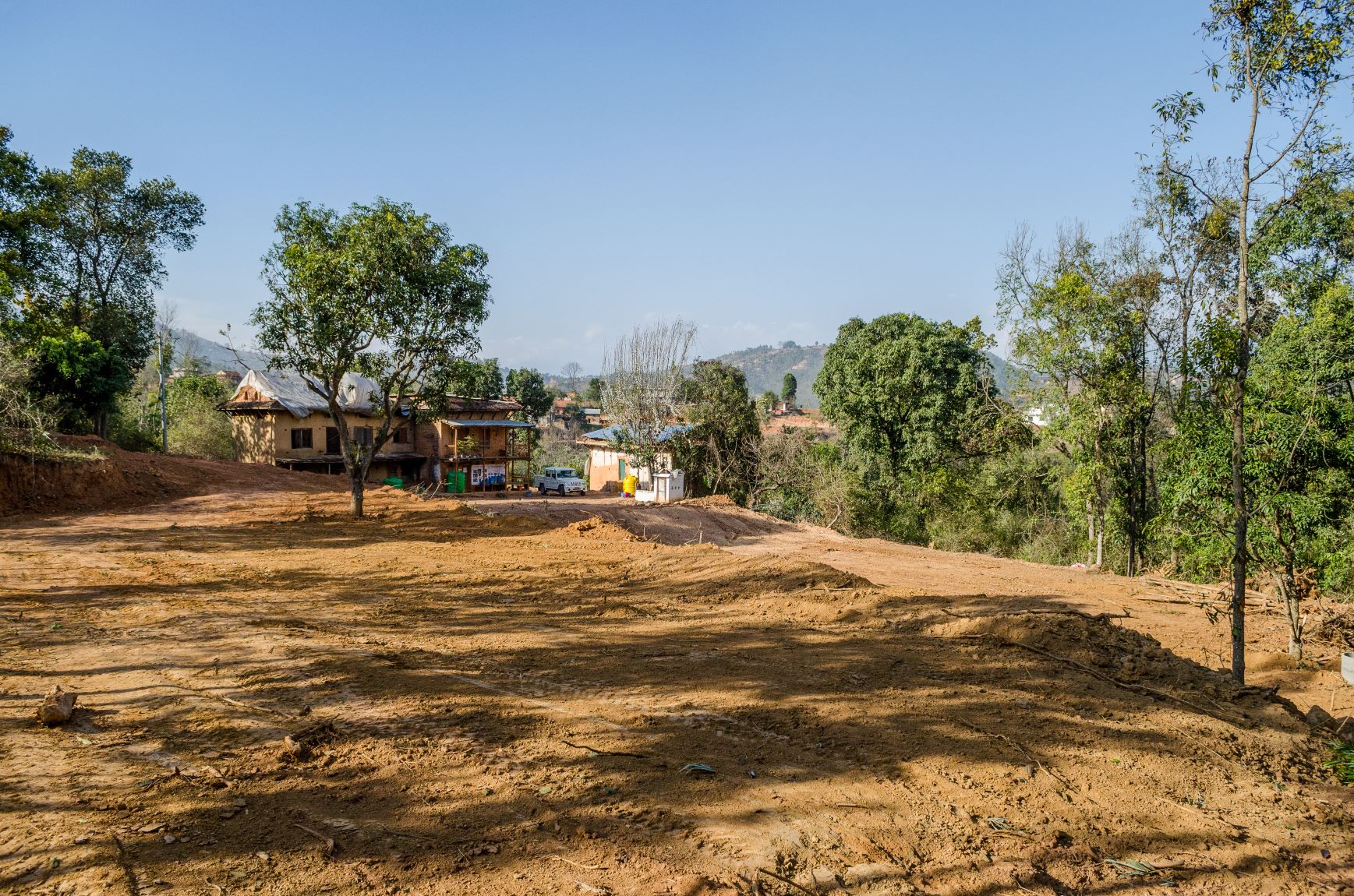 For the development of the marginalized and vulnerable people of Dhading, Dolakha, Kavre, Lalitpur, Ramechhap, Sindhuli and Sindhupalchowk, construction of Regional training center has started. The center will have ample of space for multipurpose training like Tailoring, Beautician, Electrical, Computer, Mason and Model farming. 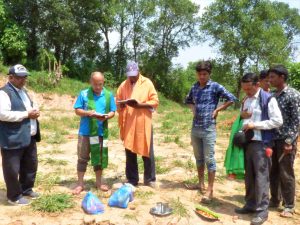 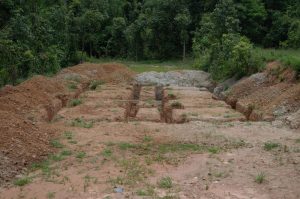 Nepal Jesuit Social Institute is planning for sustainable agriculture practice for which model farm will be a great help. It is a farm designed to research and demonstrate improvements in agricultural techniques and efficiency. NJSI will be giving agricultural training in the center itself for which the work has started from 1st of July. Model farm will help to improve economic, food and health security of the people through increasing the volume and variety of agricultural production. It will also help to create job opportunities by improving the access to the market and irrigation and conducting trainings for livelihood programs. The construction is going on a full pace and the regional training center is expected to be completed within a year.