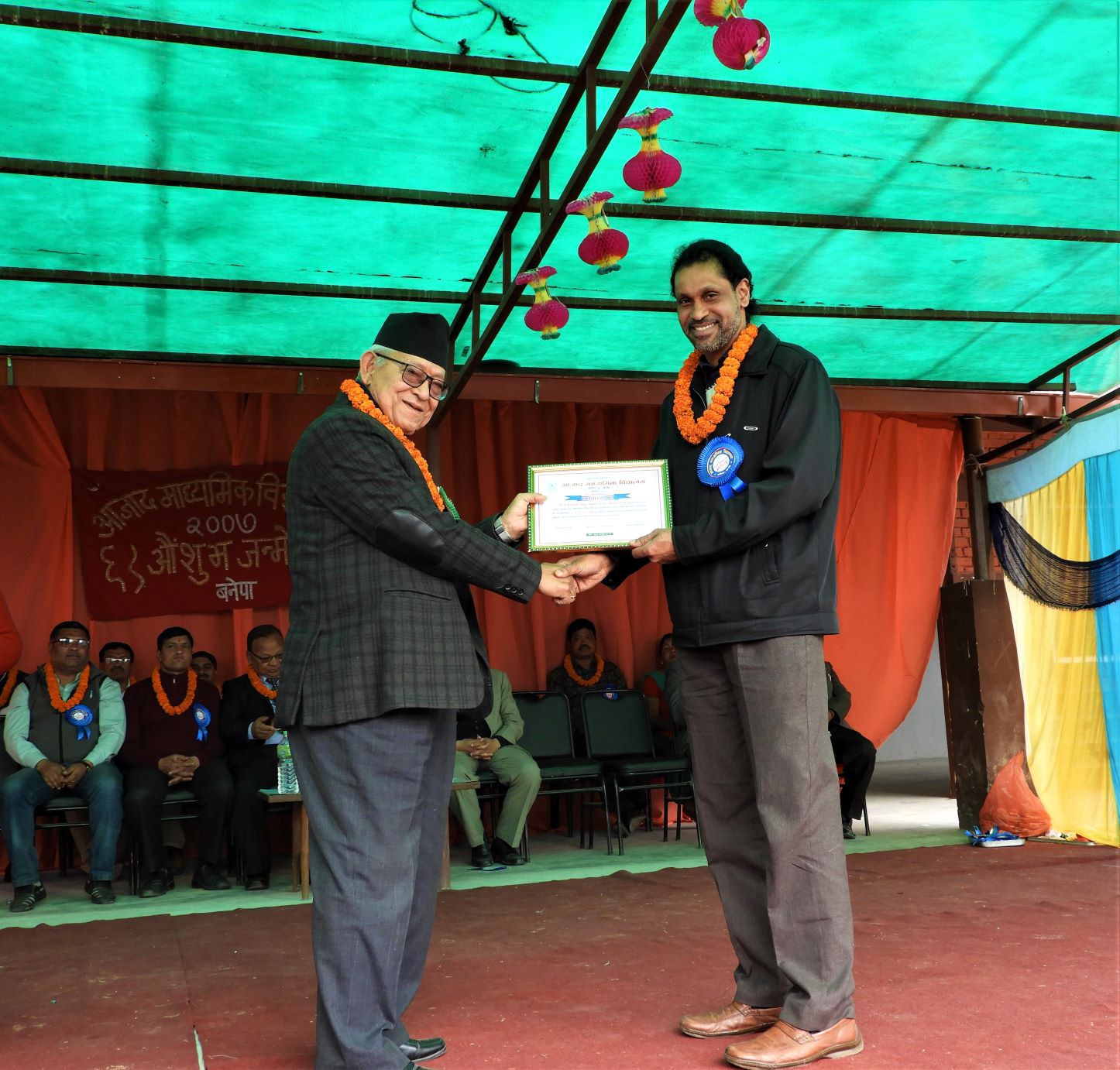 With the history of more than 10 years, Azad Secondary School is counted as one of the renowned schools of Banepa. In the recent years, Nepal Jesuit Social Institute has developed a special bond with the school. From educational intervention like Personal Development Camp and formation of Eco-club to building hostel for children with special needs, continuous support is being provided to the school. The school was recently provided with 100 sets of desk and benches. 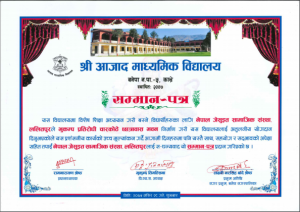 On 9th of March, the school management committee invited NJSI as a special guest for their annual day program. In the event all students and teachers of school, as well as special children from the hostel, members from school management committee and Laxmi Narsinga Bade Shrestha, Mayor of Banepa showed their presence. The program started at 12 in the afternoon. Student performed dances which was later followed by speech from honored guests. The Mayor and the school provided NJSI with appreciation certificate for continuously supporting school development in every way possible. 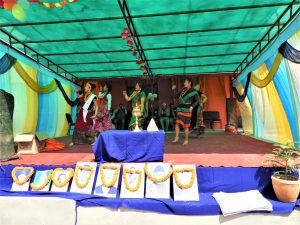 On this special occasion, the school management committee expressed their heartfelt gratitude toward NJSI and wished for stronger relationship in the years to come. NJSI has been providing guidance and platform to convert their potential to meaningful impact and also wishes for better future. 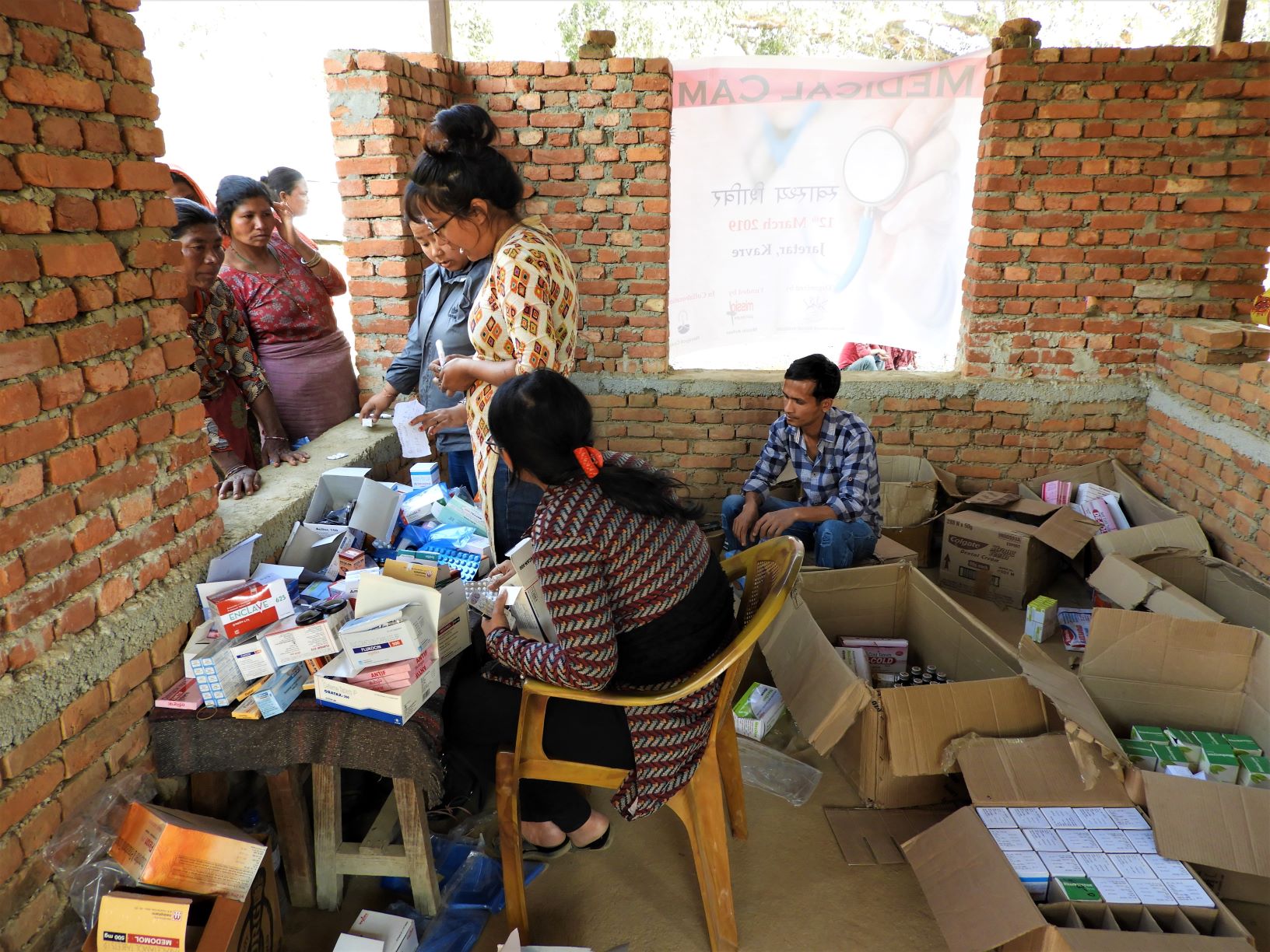 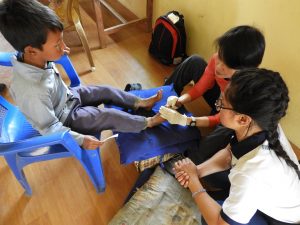 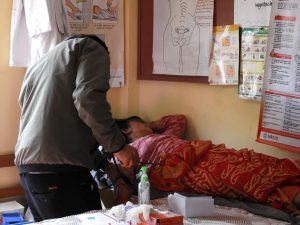 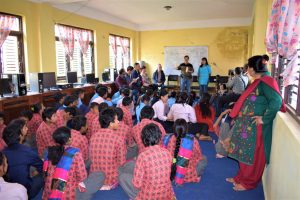 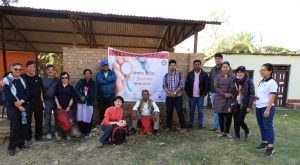 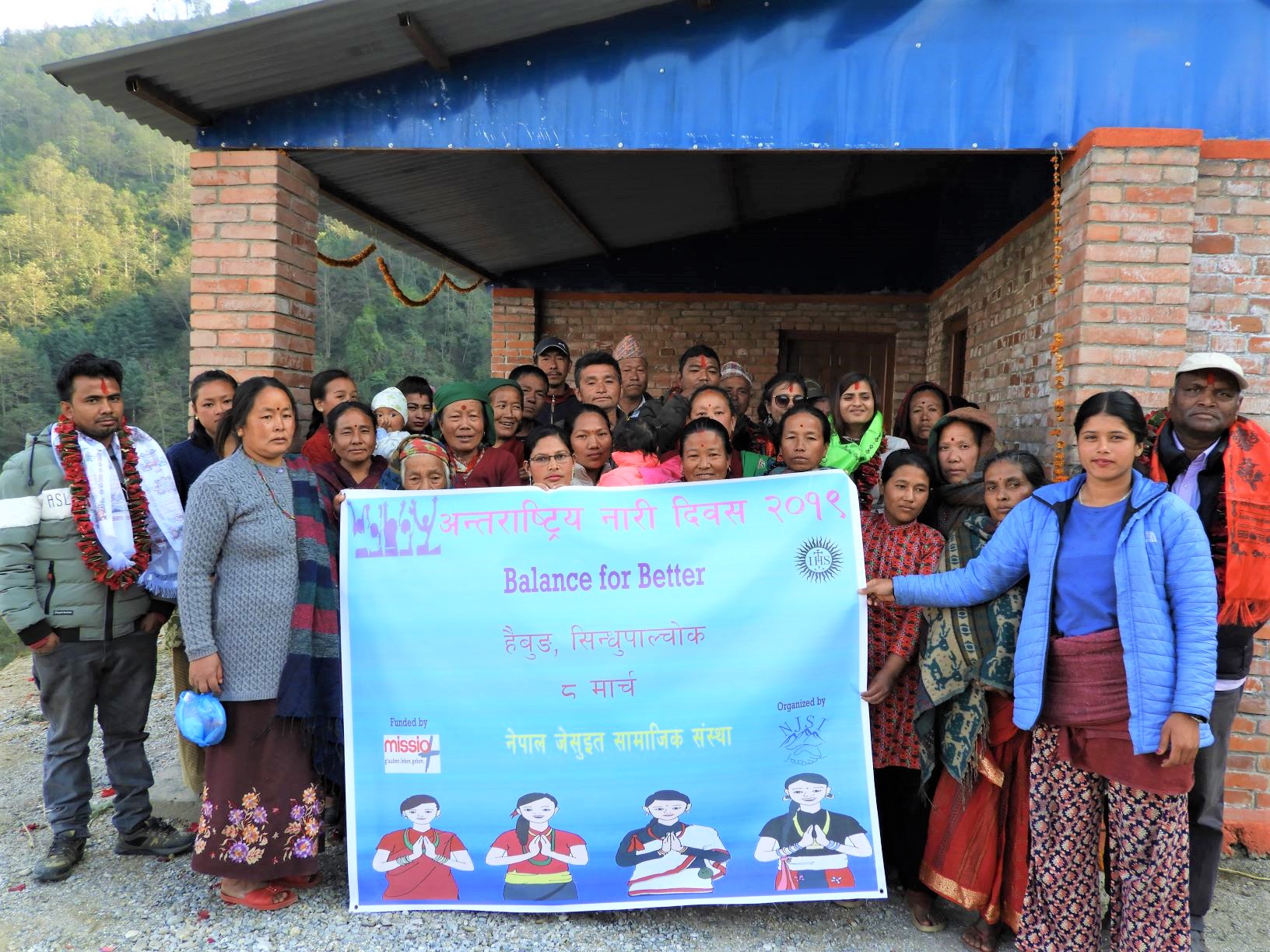 8th of March, International Women’s Day is an annual celebration all over the world to celebrate and acknowledge womanhood and their contribution in the society. Throughout these years, the world has witnessed a significant change and attitudinal shift in both women’s and society’s thoughts about women’s equality and emancipation. Sticking to the motion “Balance for Better”, theme of this International Women’s Day 2019, gender mainstreaming in socioeconomic reformation has been a crucial focus of Nepal Jesuit Social Institute. 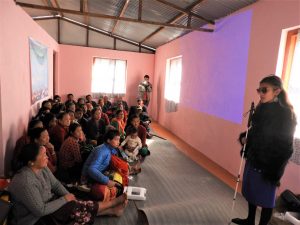 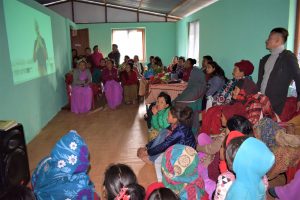 To celebrate Women’s Day, we went to two different places; Haibung, Sindhupalchowk and Tinkanya, Sindhuli. Along with NJSI team, visually impaired representatives from Bright Star Society and Blind Rocks also joined in the celebration. 34 people in Haibung and 39 people in Sindhuli gathered together for the program. The program started with welcome speech by locals. It was then followed by interactive games which made them open up and participate with full enthusiasm. Representatives from both of the organization gave motivational speeches on how they managed to rise despite of their inability to see. Video presentation and quiz were the main activities where they got to learn many facts about women and empowerment. The program was filled with poem, songs, dances and happy faces while returning home with determination to step up for equality. 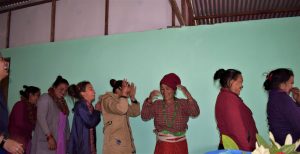 Both of the places had engaging and enthusiastic participation. NJSI will continue to dismantle such stigmas by creating opportunities for women to utilize and outshine their potential, and prove themselves. 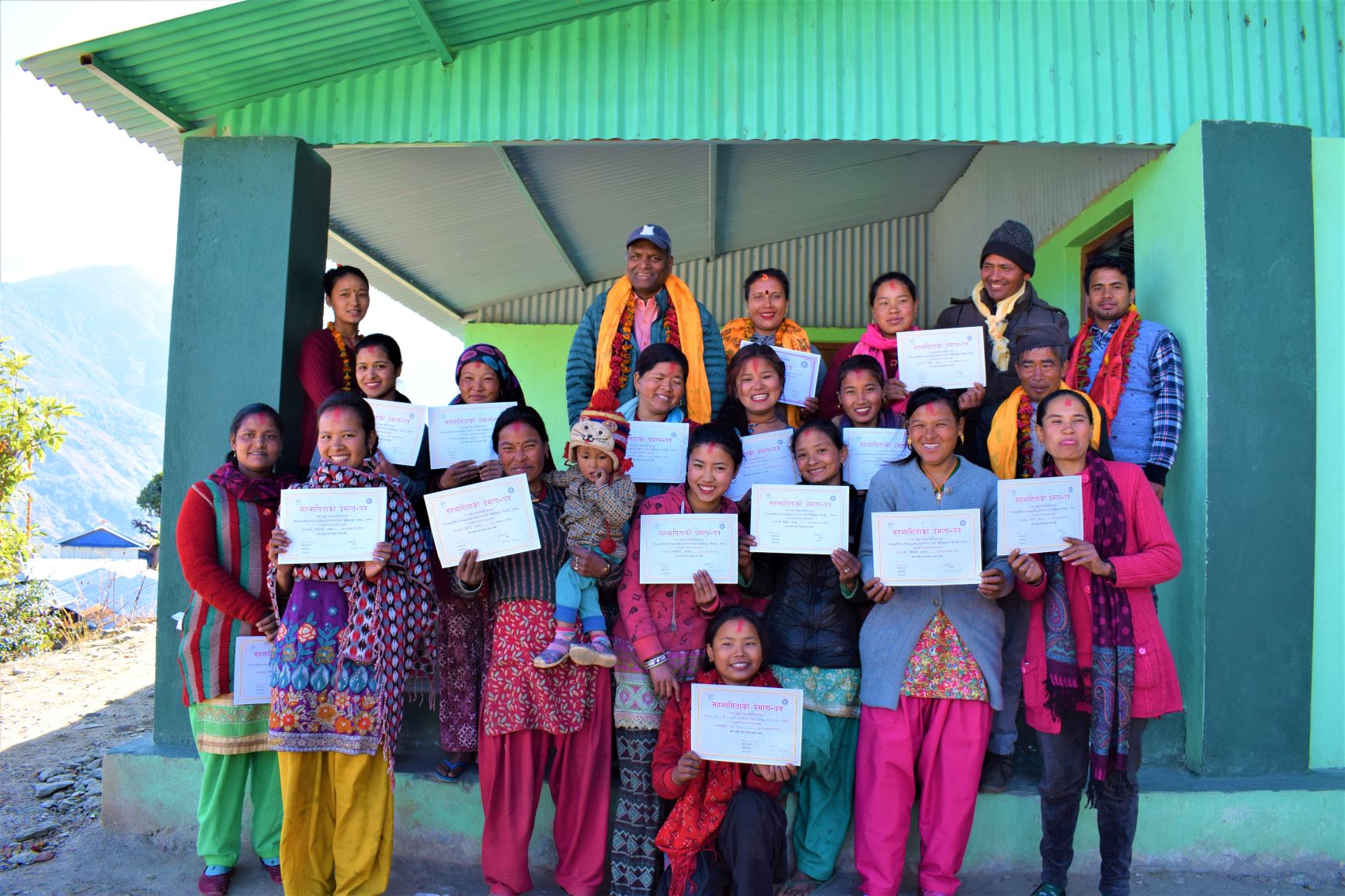 Women of Nepal are always backward when it comes to participate in their emancipation and the reasons are illiteracy and low economic status. They are always dependent, thus have less role in decision making in the family. Nepal Jesuit Social Institute is helping the women to raise their status and enhance quality of life, skills and knowledge by providing vocational trainings like tailoring. 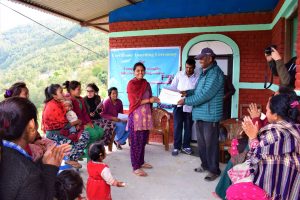 They were thankful to NJSI for the opportunity provided and helping them to come out of their comfort zone to become self- sufficient. They ensured that they will teach these learnt skills to other women who choose to be self-employed and independent. With the help of this vocational training, they learnt and developed skills to earn money to live life with dignity.