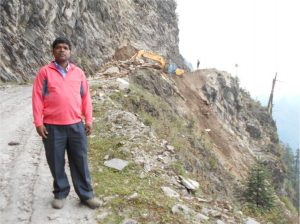 God must be crazy to have created a landscape such as Tipling and so are the Nepal Jesuits, the crazy lot, choosing to be there as genuine and faithful stewards of God’s vineyard. I wonder if even some of the Nepali nationals know that there is a settlement called Tipling in their country. The Jesuits have discovered it and have decided to make it their home to carry out the Mission of living out and preaching the Good News to the lovely people, the Tamangs. It takes minimum of two days of walking to reach there, climbing up and going down the hills of great Himalayan range trekking an altitude of 3000 – 4000 mts. The conditions are tough but the Nepal Jesuits have proved to be tougher in their life and ministry at the mission station, perhaps the only one of its kind in the whole of South Asian Assistancy in recent times. When I reached the place following the footsteps of the Nepal Jesuits I was filled with awe and wonder. It was an overwhelming experience to discover the joy of living and working there amidst bare minimum facilities of housing and food. The WLL phone facility is one solace because you feel connected to the rest of the world. 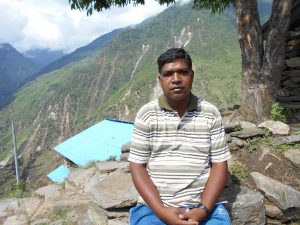 The Jesuit mission, only four years old, has worked miracles in the terrains of Tipling. Taking care of the otherwise forsaken people of the land’s physical, psychological and spiritual needs by being with them in their life’s journey, the Jesuits have ignited a ray of hope for better future in them. Particularly in this time of suffering and agony owing to the damage caused by the earthquake Jesuits have given a new lease of life to the people by providing them with the immediate relief. Precisely, owing to the Jesuit presence and work, despite 99 % of devastation of housings, people are not defeated. Life continues as usual for them. The trauma did not overtake them. They overrode the trauma.

During my one month stay there I discovered that Tamangs, the Hill Tribe people of Nepal, are genuinely very happy people. They are physically strong and emotionally resilient because they have to brave through the most arduous life conditions of the terrain to survive and continue living. They are very hardworking people, cheerful and generous in their dealings. They are peace loving and welcoming community. Sustaining themselves throughout the year with the agriculture and forest produce, their life is a agnificent example of subsistent economy.

Potato, Maize, Wheat, Kodo (millet) and some Green vegetables are the only food items available for sustenance. Having rice is a delicacy which they have been relishing now for about two months because of the relief supply. Of course, they have the herds and the poultry which supply meat and milk to them occasionally. The Jesuits have proved to be true companions to them in their life’s journey amidst those conditions.
The Jesuit presence is a great boon for them. They are giving the kind of leadership the people needed to look outside and forward for a life beyond the frontiers of their mini world. The people have the faith in the Jesuits that they carry the spark that will kindle the fire in their lives which will eventually illumine the nation and the world. The sincere and serious efforts of the Jesuits are already bearing fruits. The children and the parents have learnt the value of education and learning. They are serious about it. The grown up children’s ability to communicate with the outsiders in broken English is the outcome of the Jesuit contribution as
the support staff in the Government Primary and High Schools. The two Tamang boys having studied in the local Government High School, joining the Jesuits as candidates this year is the fruit of Jesuit labour and is not an achievement to be undermined. I must confess, having been there for a month, Tipling Mission is God’s vineyard and the Jesuits of Nepal are the right stewards.