A school located in Tallodhansari, Dudhauli-11, Sindhuli is about to change lives of so many children. After massive destruction by 2015 earthquake, the students of Shree Tulasi Basic School were compelled to sit in the temporary learning center made of bamboo in congested manner. Lack of desk and bench and unfavorable weather effected in their studies and many had to quit the school. After NJSI intervention and evaluation, 4 classrooms were made and well-furnished furniture were provided. 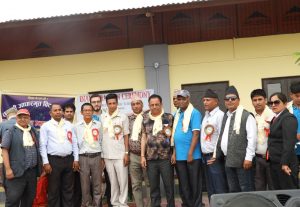 On 31st May 2019 team of NJSI went for the inauguration and handover ceremony. The program took place in the presence of Chairman of the School Management Committee, Narendra Karki and Mayor of Dudhauli Municipality, Ghanshyam Raut. It was short yet well managed followed by dances and speeches by concerned authorities. Social Audit was also conducted which included brief information about construction of school among all the beneficiaries.

Chairperson of Relief Nepal (supporting organization), Mr. Durga Prasad Paudyal thanked Nepal Jesuit Social Institute for constructing classrooms despite of its distance from Kathmandu. The presence of 105 people including teachers, parents and students was the proof of how happy and excited they were to get new classrooms. 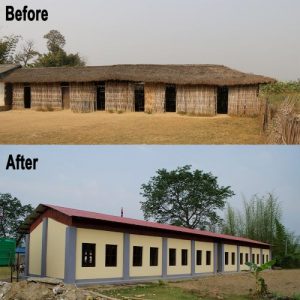