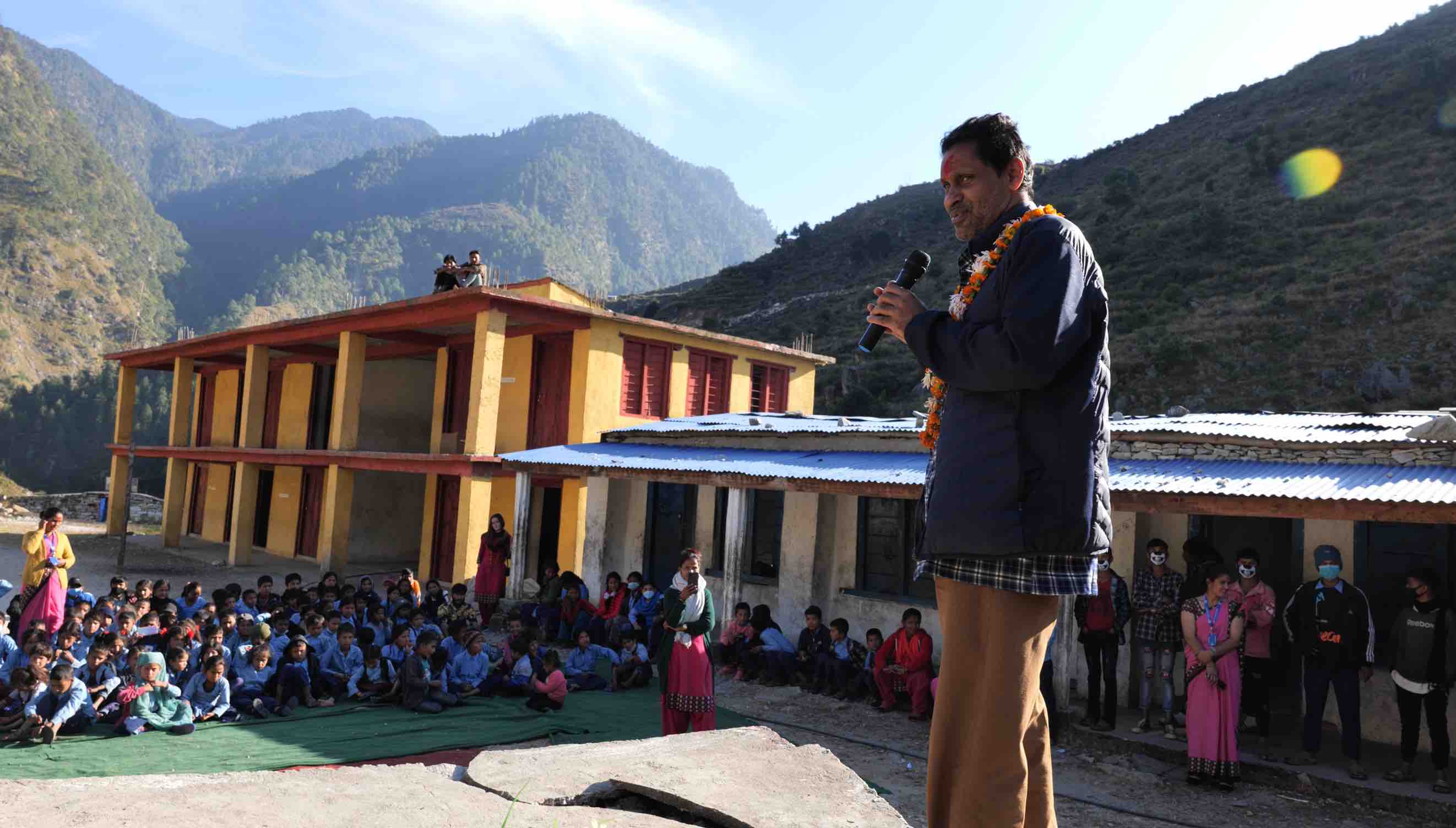 Reaching the equipment for the Education Smart Hub to rural schools is always a tough job. Tila School and Shree Dev school in Oda village, Mahabai -2, in Kalikot district had three days of travel from Kathmandu including a couple of hours of on foot carrying everything on head to reach. 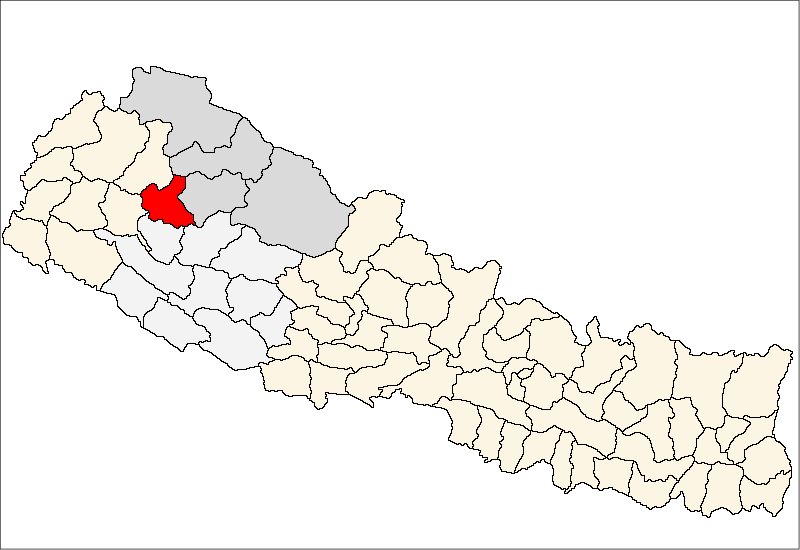 The path was on the steep hills and a couple of land slides made it very dangerous to cross certain areas.

“Reaching the Unreached,” the maxim of of NJSI, goes very much along with the maxim “Fe y Alegria starts where the Asphalt stops.” The Students and staff from Tila School Carrying the equipment 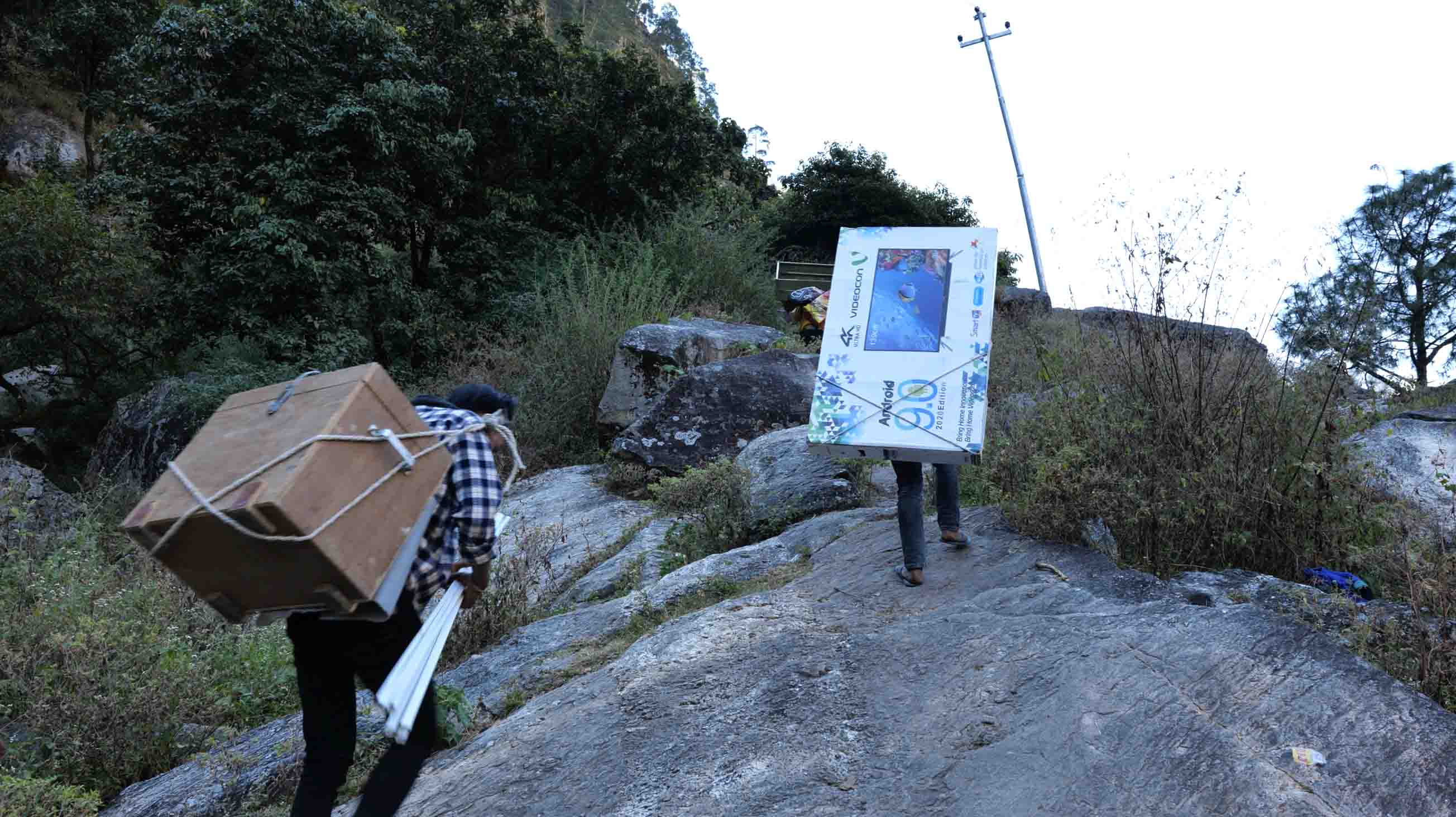 Fr. Roy Sebastian, SJ. , Mr. Kamal Shrestha, Mr. Ramhari Thpa Magar, Mr. Kailash Thapa, Mr. Arus Magar constituted the NJSI team which went to Kalikot District on 9th November 2021, for the first time to start the intervention of Rural Education Improvement Nepal Program. The schools were recommended by the newly established Jesuit team looking for starting the Karnali Jesuit Mission, an area not much explored till today by the the Catholic religious.  It has been many years since the Nepal Jesuits wanted to start a mission in Karnali and Far western region of Nepal. 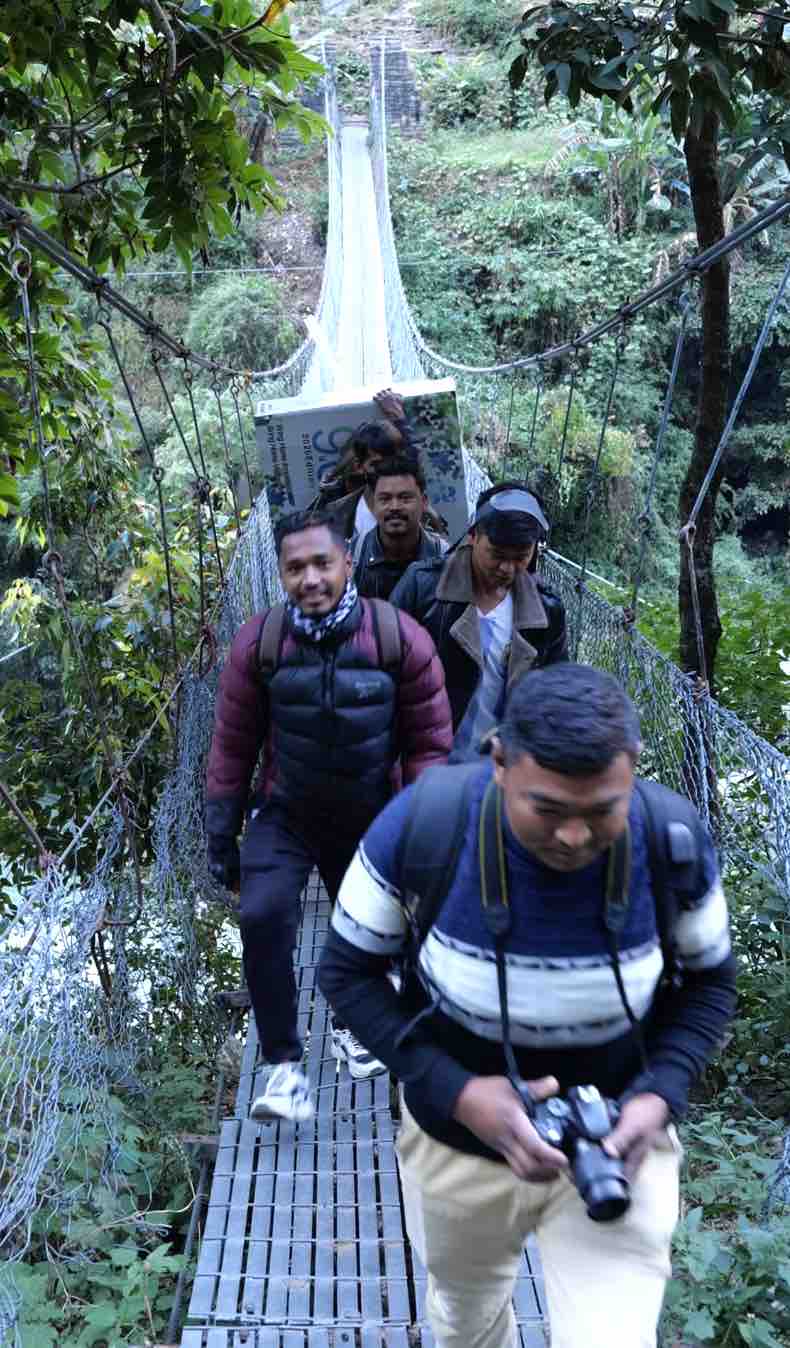 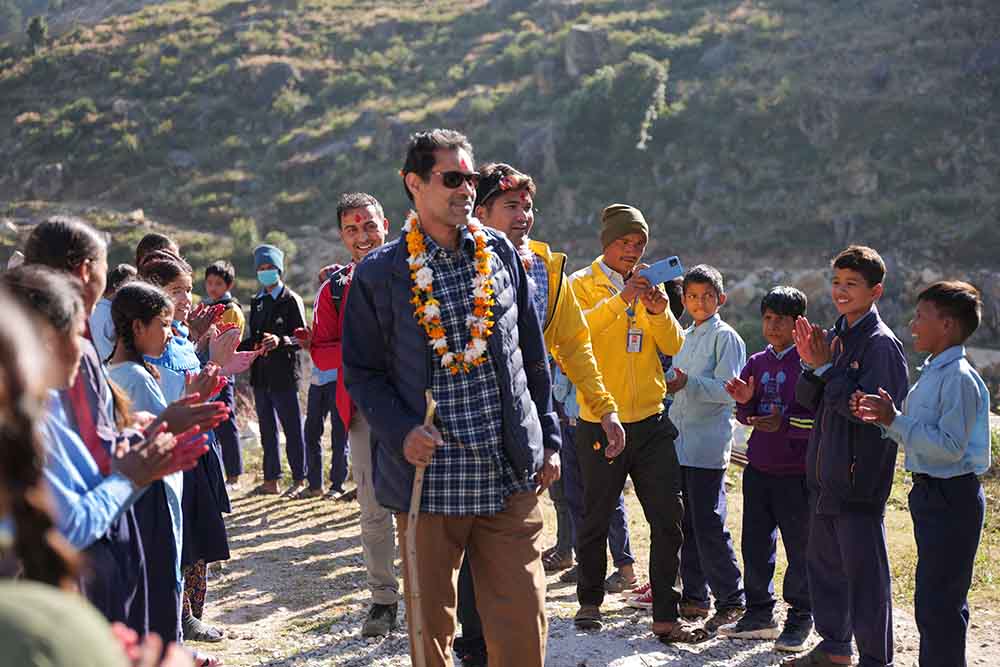 We were fortunate to be supported and to work in collaboration with Oda Foundation, a local organization running health care and village development. Mr. Karan Singh and his staff accompanied NJSI team to the village and did the necessary arrangement for the stay and fixing the smart hub. The students and the people are very excited about the new development in their village schools.